I am going to get shit on for this…

A little about the rankings… This is about QUALITY of beer… nothing more nothing less. A bad beer diminishes overall quality in my eyes. That said this is my Monolithic view of the quality of beer coming from a brewery… no math.

Breweries within tiers are equal in my eyes.

Not all Breweries are listed, but rest assured I would never say no to a brewery that is listed, as for the others…

These are my personal opinions, they won’t match yours, feel free to be angry anyways 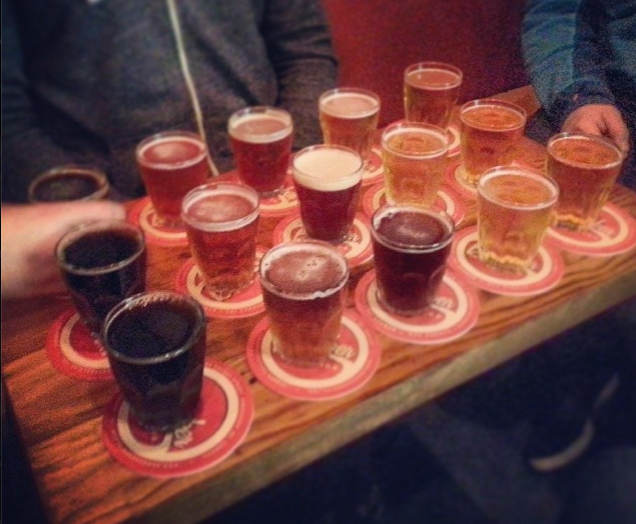 R and B Brewing

God Tier (Breweries I get stoked to go to)

I’m going to let the Tri-City news take this one away, the article does a great job of breaking down the whole business plan. Their Plan has some really cool parts and some I’m concerned about and will break down at a later date… Until then the Tri-City News Presents:

Its time for you, the people of the Tri-Cities to vote the best in Brewing this year! ^ questions and you have all the answers! So tell your friends and vote! Results in the new year!

I usually give an annotated list of winners from each BC Beer Awards but I’m not this time, because I was actually pretty impressed with the winners. This year’s winners were much more in line with my personal thoughts, and lets face it, when preaching to the choir you are unlikely to criticize them in the next breathe.

…but… Mount Arrowsmith somehow won brewery of the year…  How? Well let me just say I didn’t like that they won. They won on the backs of their BLONDE Ale and a Saison… not exactly inspiring. But you should all know that story by now.  You see it was a point based system. 5 points for gold 3 for silver 1 for bronze (or something to that effect). 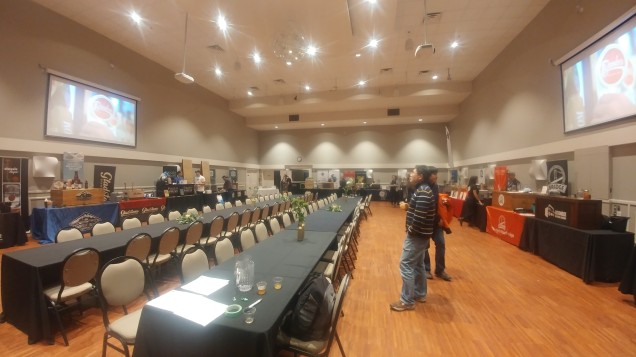 Surely you are asking: “Shouldn’t Dageraad have won in that case?” Not quite, you see each breweries points were averaged by how many beers they submitted in total. No doubt an attempt to give small breweries a chance against the big boys like Phillips. 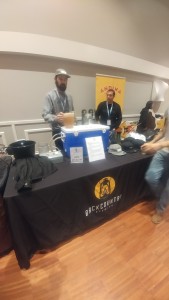 So for example if you submit 4 beers, and win 1 gold and 1 bronze you would receive 6 point (5 and 1). Your points would then be divided by 4 so you would be left with a weighted score of 1.5. This was done for all breweries who won an award and evidently had the highest weighted score… sorry Dageraad… I’ll drink an Anno in your honour.

So no annotated list but perhaps something better instead… 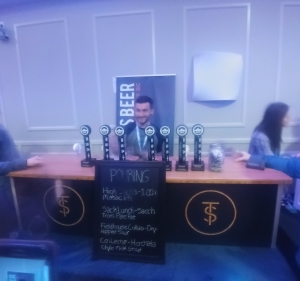 Conclusions and Thoughts as a result of the spreadsheet:

Once Again a very impressive and fun night of beers an recognition, hats off to the volunteers, brewers and organizers who are a credit to the industry!

The Brewers Row Beers and Brewery of the year. There were 50 responses to the poll and despite some surprising results I am happy with the sample size. Honourable mentions were given when the first runner up was within one vote of the winner…

Every Brewery on the Row won or was an honourable mention which shows the quality of this place!

It wasn’t even close, this is without a doubt THE BEER of Brewers Row

The first of a few wins for Twin Sails… Props to Moody Ales Bourbon Barrel Aged Russian Imperial Stout, which also did well.

Yellow dog followed a little behind

Finally some intrigue, I was sure PARKSIDE would win this category but alas the came just short and win the Honourable Mention

Surprise, Surprise the winner is:

Another close one but MOODY ALES grabs an Honourable Mention nod congrats!

But once again TWIN SAILS wins by one vote!

IPA is King in BC which was the best of the year on Brewers Row? (top rated IPA on untappd with more than 150 ratings is listed for each brewery)

Its not even close TWIN SAILS SPACE ARMADILLO IS KING! hopefully it comes back soon!

Just like last year these beers of the year are recollected from memory and supplemented from my untappd reviews (This is why you will see a lot of Port Moody Brewery representation, i drink their wares the most), They are the best beers I HAVE HAD this year:

Some will include a first second and third others will not. Beers available in BC are listed those not available will be given Honourable mentions.

Everything Else (including one-offs):

Beer of The Year:

Storm-Glacial Mammoth Extinction- What a process, what an experience.

The BC beer awards happened last night. This is BJCP event meaning Beers are judged on, among other things, their ability to remain close to BJCP style guides. This means that if a Brewery brews a beer that is insanely good but doesn’t fit well into any style guide well it could easily go home with nothing. That aside lets get going!

I’ve only visited Doan’s once before the more venerated beers like the Rye Stout appeared, they were all delicious and I’m happy to see them take this!

Best of Show: @brassneckbrew for One Trick Pony.

Brassneck doesn’t often make bad beer, nor do they ever have few beers. I’ve had a lot of their beers, so many I can’t remember if I’ve had this one, but also enough to be confident that they are deserving of winning.

Hard to argue here, I’m sure someone could point out some really awesome sours not on this list but we could do that with most categories.

Although i’m happy Brassneck won I’m really not impressed with the other beers in this category, on the whole i think its reflective of the stagnating state of IPA in BC.

Dageraad is a deserving winner.

Not a style I follow but nice to see R & B on the upswing.

Again not a style I follow terribly hard, but again happy to see Dageraad with more awards for their effort. I also tried Raven’s Farmers Ale following their win and really enjoyed it.

Upset not to see Yellow Dogs ISBA in that mix but once again we could play that game all day!

Really surprised by this category. I think it goes to show that our IPA production is in dire straights. Sure Red Racer is a fine IPA but has no one produced an IPA better than it this past year? that leads me to believe quality is in fact getting worse! As for the Red Truck, i’ve found it to be a quite dumbed down IPA… but who knows at this point.

Sad to see no stouts on the list but can’t really complain about the beers on this list can you?

A corn lager for the win? Amazing and definitely worth drinking!

Wow, no pumpkin. Tofino is a deserving winner in my mind here but I’m really surprised to see Turning Point here, i thought icebreaker was a mess.

I’m going to be clear here Mellowmoon is bad, and SunSetter is bad.

This has got to be the weakest category.

Another weak category in my opinion.

Sky pilot has to be one of the most underated beers in BC right now, grab some.

Steel and Oak is deserving.

Love Bomber ESB, would have expected to have seen something from Off The Rail here too but…

I suppose you have to have this category but honestly who cares?