See your way out kettle sours, there is a new style in town, whose name is hard to pin down and who likes things opaque… the New England/Vermont/East Coast IPA. This new style is pushing the scene forward and i have been searching them out as fast as I can to get the freshest “JUICE”. If you want to get in on it, take a look of my hits and misses.

Ok, what typifies this style? Well it depends what circles you run in but relative a west coast IPA the New England/Vermont/East Coast IPA is:

often more diverse in grain bill, and therefore could result in a more balanced beer.

very often very opaque, often more so than a wheat beer, this occurs for many reasons. It could be due to different grains leaving more micro-sediments in the beer, it could be the yeast by the brewer, it could be fruit particles, in most cases its due to the large amount of dry hopping or lupulin powder.

often fruit is added to accentuate flavour, and occasionally lactose is added (milkshake IPA) to play with the sweetness further.

Often they taste much less bitter than your west coast IPA. 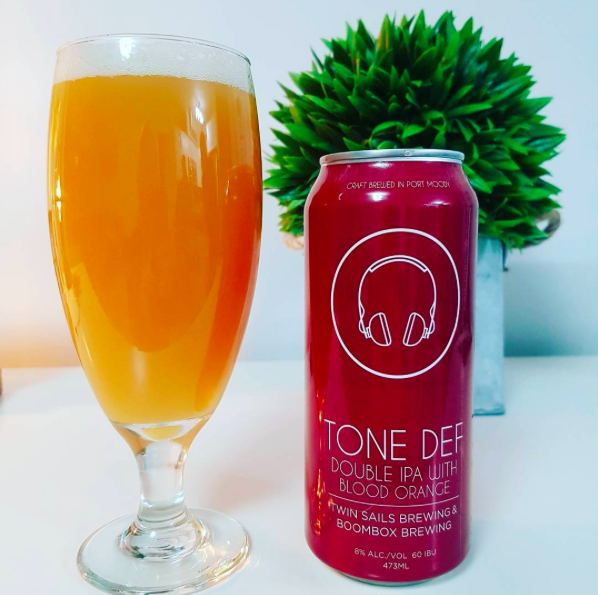 Super Flux Shape and Colour– OK, I must admit this is the only one one on the list i haven’t got my hands on… but thats because its gone nearly as quickly as its released. Even so, its had near universal acclaim from those lucky enough to get some. So, if you get some let me know. 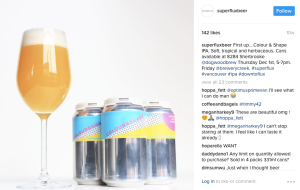 Boombox Brewing- A spiritual successor to Machine/Superflux (at least in my head), brewing out of Callister is Boombox. Boombox doesn’t only do Juice Bomb East Coast ETC IPAs, but they usually have one on tap. I’ve had enough to know that when I see “Boombox” and “NE” near each other its a definite Pint. Releases happen on wednesday… get there. 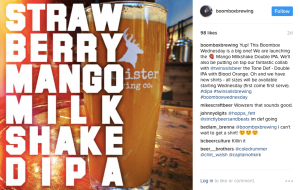 Twin Sails Brewing pretty much all their tall can releases- A BREWard Inlet staple that totally reinvented itself Twin Sails has released a plethora of Hazy Juice bombs since summer time with no signs of stopping. In fact words a new line of beers will start to be released tasting room only, making the beers even rarer. Personal Favourites include Space Armadillo, Slam Dank, and newly released in collaboration with Boombox Brewing Tone Def.

Steamworks Flagship IPA- This BC beer of the year is the only juice bomb sold as a 6 pack and perhaps is the best suited to be sessioned. This Hazey IPA is in my opinion a better bridge from the west coast style than the others mentioned here, but that doesn’t mean it doesn’t pack a juice punch. Its also likely the most widley available so if you are new to Juice, start here.

Yellow Dog High 5 Hazy IPA- I’m not sure if this one is still around, but if it is its worth having. I personally feel the first batch was better than the second but both are great beers. This one, when it is around, is also available in cans.

Bridge East Coast IPA- All I remember about this one is i liked it. Wish i could be more specific.

I hate to do this, but at this point early in the Hazy game i’d stay away from these guys… or convince your buddy to buy it for the bottle share… anyways…

R and B – Milk Shake IPA