The Brewers Row Beers and Brewery of the year. There were 50 responses to the poll and despite some surprising results I am happy with the sample size. Honourable mentions were given when the first runner up was within one vote of the winner…

Every Brewery on the Row won or was an honourable mention which shows the quality of this place!

It wasn’t even close, this is without a doubt THE BEER of Brewers Row

The first of a few wins for Twin Sails… Props to Moody Ales Bourbon Barrel Aged Russian Imperial Stout, which also did well.

Yellow dog followed a little behind

Finally some intrigue, I was sure PARKSIDE would win this category but alas the came just short and win the Honourable Mention 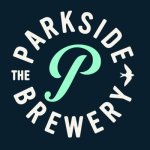 Surprise, Surprise the winner is:

Another close one but MOODY ALES grabs an Honourable Mention nod congrats!

But once again TWIN SAILS wins by one vote!

IPA is King in BC which was the best of the year on Brewers Row? (top rated IPA on untappd with more than 150 ratings is listed for each brewery)

Its not even close TWIN SAILS SPACE ARMADILLO IS KING! hopefully it comes back soon!